Not having a fridge makes my most obvious hobby a huge challenge. Add to that finalising the pitch and synopsis for my upcoming book and it was another interesting week for Meat Mike Campbell.

That’s me. And the hobby is cooking, if it wasn’t obvious.

For me, writing a book is quite a fluctuating experience. One minute it seems simple, almost like it’ll write itself. The next it seems like a trip to Mordor with a thousand Gollums and Orcs mucking up your stride and no Samwise or other Lord of the Rings pals to make the journey smooth. 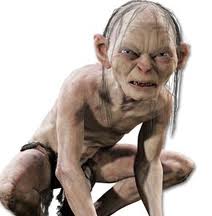 Other times you just have to fight through the mess you’ve created having just moved into a new flat, minus a fridge, and just get some shit done.

This week I lived without a fridge, if you hadn’t picked that up already. I’m not sure if you’ve had to do this before, but if you’re anything like me and love to cook then you’ll find this to akin to a pistol duel with your nemesis, only you’ve got no pistol. Idiot.

So when it came to to stop intermittently staring at my keyboard and moving my fingers in strange patterns, I was faced with the reality of having to buy all ingredients for this week’s meat dish fresh. Not normally a problem, infact a desired course of action.

However, this week I had planned on heading down to the Sydney Fish Markets again and picking out one lucky lobster. I had also decided that I’d call it ‘Lucky’. Whether or not that is an ironic name for the one lobster to meet its maker and my stomach in quick succession, I’m at a loss…

Now why was the absence of a fridge an issue? Well, I’ve never dealt with a lobster before. My intention was to try and get it home still live and do the work of the grim ripper myself. As far as my research informed me, the best practice was to let Lucky have a snooze in the freezer rendering him unconscious before quickly shoving a knife through what appears to be natures attempt at a kill mark on its head.
Certainly for the humane option anyway. As opposed to throwing straight into boiling water, which will do the job in the end no doubt, but with screaming reminiscent of genuine human fear, that technique was never on the cards for me.

How did I get around it?
Well I wandered the fish market and considered some easier options:

However, the constant mantra of learning and experiencing new things and trying things that make me uncomfortable kept poking me in the side, reminding me of the last 43 weeks trials, tribulations and triumphs. Wow, how good was that alliteration?!
I wanted to try the process myself. The problem of course being no fridge/freezer. It just didn’t seem like it would work out.
So I went for the next best option in my mind and had a live lobster plucked from the tank and dealt with in what was reasonably unceremoniously manner. 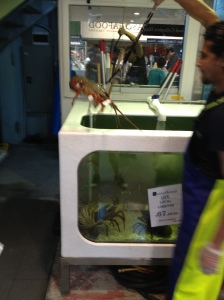 This was Lucky. Who soon went the way of many before him and hit the, ahhh… chopping block. (Slightly gruesome alert) if there was one way to make a lobster go meow, it would be what I witnessed- slice it with a ban saw.

Lucky was segmented and placed in a bag. I grabbed a bag of ice and headed for home feeling like my wallet had just been bullied by Poseidon himself. Not cheap lobsters, are they?! Not so cool. The ice on the other hand managed to keep lucky cool enough until dinner time.

What did I end up doing?
Having never cooked lobster before I did some research and consulted with NN who grew up eating a bit more them regularly. I say them, I should say their tails, whilst leaving the ‘picky parts’ for others to deal with. Princess… However, this was Crayfish or Cray, as it’s more commonly known in New Zealand. Essentially the same thing, or very close at least.
I settled on a recipe that I altered a touch which basically became a lobster and sweet potato salad.

I had NN there to provide guidance, but essentially old mate at the fish market had taken any work out of it for me. So my desire to try and drop the lobster into the water etc etc was rendered elementary, as all it required was sliding in the various pieces.

At this stage I was thankful NN had brought home some prawns and oysters as the amount of meat on Lucky wouldn’t feed me if I was full already.

I got all the necessary ingredients going and once the lobster meat was cooked we took it from the shell and I pieced together the salad.
The other contents were:

Once mixed and the small amount of lobster meat added I served onto a small bed of baby spinach and dressed with the grapefruit butter.

We were both ready to eat a lobster. No wait, a horse. No, something smaller than a horse but definitely bigger than a lobster. Either way, we were starving so we dug in.

How was the lobster?
I’ve definitely eaten it before and liked it so I knew what I was in for, however, in this salad was going to be interesting. The resulting taste was awesome. The butter that was slowly melting into the mix was a flavour bomb that made the salad an instant hit. The meat was perfectly cooked and the flavours blended brilliantly. However, Due to the disparity of meat to kumara, in the end it did feel like an overload on sweet potato. The prawns and oysters were a crucial addition. Good work NN. 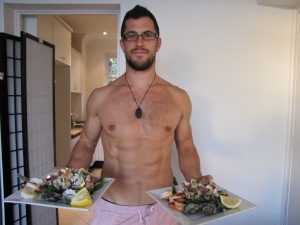 Was that taste enough to take out a sizable bank loan and start eating lobster daily?
Not likely. I would gladly have this very often, but with the rigmarole that this involved, and of course the exorbitant price, it just won’t be happening. Until I’m Scrooge McDuck rich, then maybe.

And that’s it really. I’ve managed to put together my book pitch and synopsis, cook some lobster,  get to Melbourne and back for a mates 30th birthday and bang this post out on a short flight and bus ride. Always feels like the people sitting next to me are reading what I write as I write it, it’s a bit creepy. Lucky them though right… 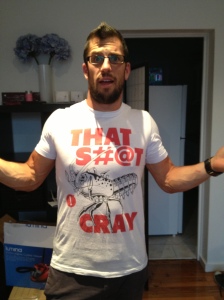 Any suggestions for the final weeks? Make sure you get onto my Facebook page and have a chat with me, or comment below. I’m open to any help and ideas as I approach the climax.
Yours in meat and all things awesome (yep, it’s true),
Mike